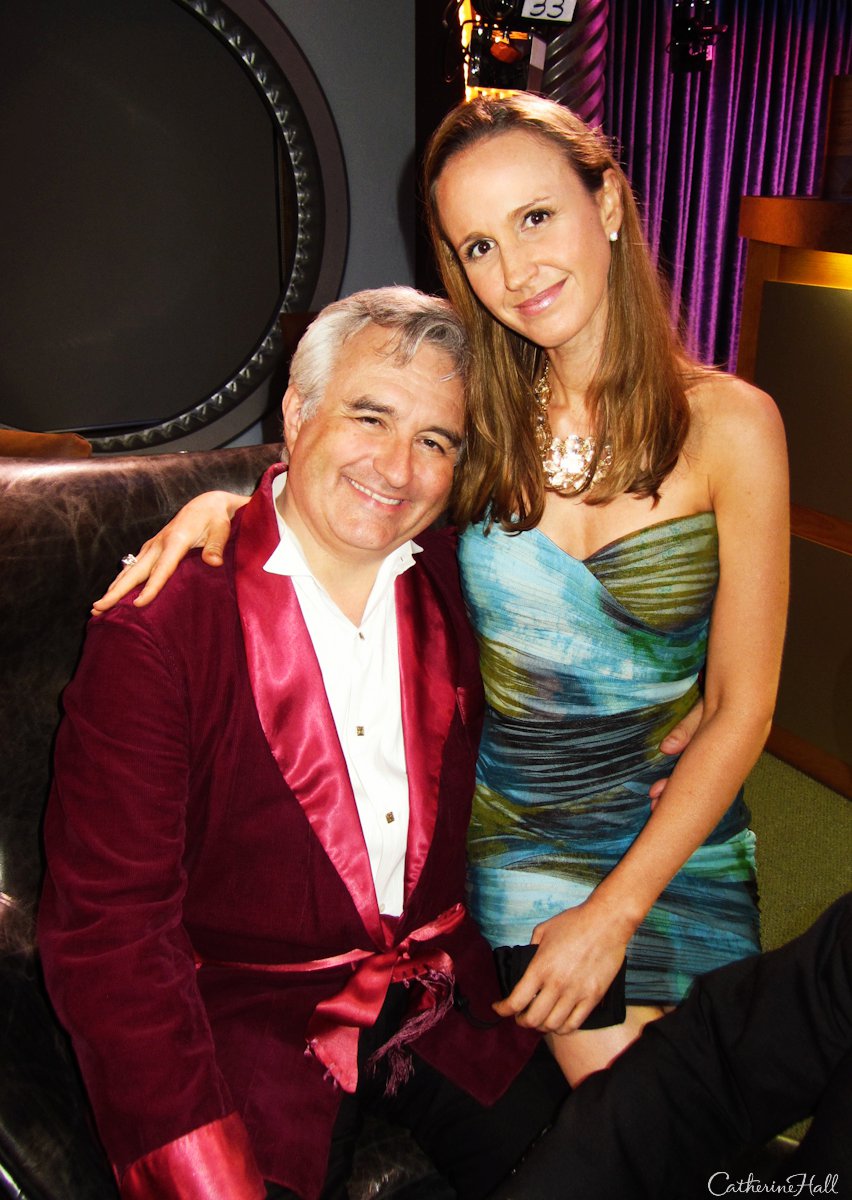 From TWiT Photo to Photography Unfiltered

TWiT Photo viewer ratings are the highest on record since the show’s debut, but our sales team has nonetheless been challenged to secure sufficient advertising. It has, in many ways, been an unusually...
F
T

TWiT Photo viewer ratings are the highest on record since the show’s debut, but our sales team has nonetheless been challenged to secure sufficient advertising. It has, in many ways, been an unusually tough sell: TWiT sponsors tend to be heavily tech-oriented; and our show, focused on the Art of Photography, is outside of this realm. My magnanimous and gifted co-host Leo Laporte  and I have persevered for the past year; but, at this juncture, have decided to move-forward in search of new horizons.

Potentially one of the saddest aspects of this transition is the thought of loosing connection with the incredible community of TWiT Photo fans, whose support and critical feedback have been instrumental in the program’s evolution and popular success. I can’t thank you all enough for your generosity and encouragement over the past year–the experience of cultivating meaningful, substantive dialogue about the art of photography has been, beyond a shadow of a doubt, one of the most transformational aspects of my career. I would like to extend especial gratitude to Leo, who has been an incredible teacher and role model, as well as the tireless and gracious TWiT CEO Lisa Kentzell. Thank you both for this wild, lovely, and rewarding ride.  I am always up for a sequel.

I believe that the true measure of success isn’t how well you succeed–heck, anybody can carry themselves with grace and dignity when they’re winning the gold medal–but how you draw upon setbacks as an entry-point for inventing new opportunity. I don’t think the joy ever has to stop, but that sometimes it might take-on a new form. In this case, the dissolution of TWiT Photo has paved the road for Photography Unfiltered. Together, we have built-up a powerful community, and this is what always prevails.

This August will mark the premiere of my very-own show, Photography Unfiltered. Interviews with the world’s leading photographers will still be at the heart of the program, but we will take it a step further. Based on your input, Photography Unfiltered will focus even more on technique, solid how-tos, practical take-aways, as well as solidifying community connection through program participation. 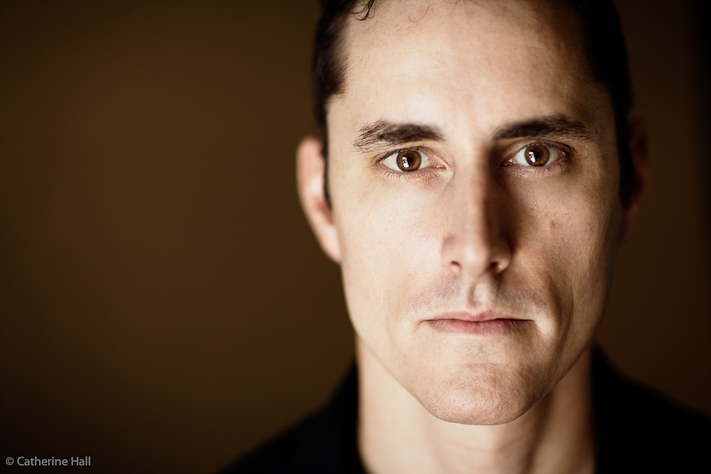 I am also thrilled to announce that TWiT’s very own gaffer, Ryan Marsh, will be joining me as a co-host. Ryan Marsh is an accomplished Lighting Designer who has been a key member of the Lighting Department on shows such as House, America’s Next Top Model, CSI: NY, Numbers and Bones. He has also lit commercials and music videos for MTV and VH1 and talent such as Seal, Heidi Klume, Prince, and Snoop Dogg, and is a member of the Hollywood Film Lighting Union.

Ryan is an unabashed gear enthusiast who got his start in Mechanical Engineering at UC Berkeley before carving his own unique path that ultimately led him into film production. He loves photography and is obsessed with generators, power systems and lighting.

Tip of the Week: Get out of your Comfy Chair

Without TWIT, I would have never found your work and started to follow you. I really appreciated the different perspective you brought to the network, and how you helped support Leo in a genre he loves.

I will assuredly follow you to your new show, and I hope you have learned from this endeavor which will help make your new show all that better.

If only Leo would be able to do syndication for shows like yours, rather than only TWIT produce packages. I know the costs are difficult, but it is the TWIT Network!

Wow! Shame on advertisers for not supporting the show. As an emerging photographer who is also a Tech Guy, it was a perfect fit for me. Looking forward to your new direction and will support your efforts. Have learned so much from TWITPhoto. Was the best show of its kind by far.

i’m gutted to lose twit photo, but so glad you’re carrying this forward. i’ve been listening to twit photo for a while now, and have learned so much.

however, i haven’t been able to listen to ALL of the past shows. will twit photo’s archive still be available online for us to access?

best wishes for a successful new adventure, i’m really looking forward to it!

I’m grateful to have your support! Yes, the TWiT Photo archives will still be available!

Catherine, I am looking forward to the new show. Sorry to see the old one go, but excited for your future. Please look into making the podcast available via RSS because those of us who don’t have iphones are unable to subscribe to your new podcast in its current form. Many podcasters use a service called feedburner. Just a thought. Keep up the great work.

Thank you- great suggestions too!

Sorry to hear TWiT Photo is ending as I loved the show. I am a tech CEO/CTO who also loves photography. I have already subscribed to your new show Photography Unfiltered on iTunes and look forward to the new show. Best of luck.

Thank you for your support!

Just wanted to wish you all the very best for Photography Unfiltered. TWiT Photo has been an inspiration to me and improved my photographic knowledge no end.

I appreciate your support, I’m humbled to hear your kind words!

I’m glad you are continuing on with your show. The new format sounds very exciting, since my favorite part of TWIT Photo were your photography hints and techniques. Good luck to you and Ryan. I can’t wait for the new show!

Thank you- Photography Unfiltered will be great!

It was a shame to hear the end of TWiT Photo but I’m really looking forward to Photo Unfiltered – best of luck with the new show!

I appreciate your support and can’t wait to move forward with the new show!

I’m so sad to see this show end. I loved watching you and Leo. You both are so down to earth and fun and I learned so much from the both of you and all the guests you had on the show. I was just telling someone the other day about the show and for them to tune in.

I wish you the best Catherine with the new show, but I will miss the photograpy rapport you had with Leo :(.

Thanks for being such a loyal viewer and sharing! I look forward to connecting through the new show.

I listen to a few TWiT podcasts but TWiT photo is my favourite. Thanks to you and Leo for all the work you’ve put in over the last year and a bit. I’m so glad to see that you’re going to continue on with your own show – can’t wait.

Thank you! Excited to connect with you as a viewer of the new show!!

When I first heard that TWiT Photo was being canceled, I was really bummed. I learned so much from that show. I even bought a Nikon D7000 after watching the episode with Frederick Van Johnson!

I am so excited to hear that you will be forging on with a show of your own. I am sure that the new venture will develop (sorry, had to use that pun) into a fantastic show. Your enthusiasm and personality really shines through. You have brought some wonderful, and varied talent on the show.

Looking forward to the new Photography Unfiltered. I hope it will be downloadable to the iPad. I also hope that you will have show notes that include links, equipment lists, etc. Thanks!

I truly appreciate your support and thoughtful words!

This is one of the rare times it’s both sad and great news. I absolutely enjoyed your time on TwitPhoto and I’ll be looking forward to Photography Unfiltered!

I’m thankful to have your support!

Thank god your continuing with a new show! TWIT Photo has taught me so much over the last year. And inspired me each week to get off my but and get out there taking more photos!

You are very kind, thanks for your support!

You will not believe how much I learned from this show. Just by watching I have become a better photographer. this show is a class act with classy guests.

Thank you, that means so much to me!

Thank you for your kind words! I am beyond excited for the new show!

I was shocked and pretty upset last night as I watched the podcast. Twit Photo has become my favorite podcast. Too many other podcasts are negative and equipment based in nature. Twit Photo always made the photography first. I wish you the best of luck.

I appreciate your support!

Awww, like many others here I will be sad to see Twit Photo end! I loved you and Leo’s chemistry and interactions. I looked forward to each Tuesday for the new episodes, since I don’t have a TV in my office, so I would watch you guys. Looking forward to the future and the new show!

Thanks for being such a loyal viewer!

Love you, Leo, Lisa and TWIT Photo and kinda sad to see it go. Always felt more podcasts should be like TWIT Photo. Never understood why a visual medium like photographer wouldn’t utilize more visual mediums like video. Look forward to your new show and wish you nothing but the very best Catherine! p.s. when’s Ryan getting on G+? :)

Your kindness and support mean so much to me!

TWiT photo is an incredible show and will remain a great resource for many years to come. Really looking forward to your new show – you’re a great host and you manage to bring in superb guests.

Lots of luck with the new show! I’ll be listening.

Thank you, I appreciate it!!

Glad to hear you’re forging on! Loved watching Twit Photo. Maybe they just weren’t callin the right sponsors. I think the addition of how-to and a bit of gear talk might draw a few of those photo industry advertisers. Good luck!

I can not tell you how grateful I am to have your support!

This makes me very happy. Sad to see TWiT Photo end, but this seems like this will be a worthy successor. Very excited to see what this project launch.

I was (very) sad initially too, but am really excited for the new show! Thx for your support!

I’m *so* very glad to see that you’ll forge on with the format. It’s really too bad that twit couldn’t carry a show for the love of it, but I’ll happily follow to the new thing. Congratulations, and keep up the good work.

Thanks for your support!

Great news !
I was disappointed with the end of the excellent show Twit photo
A very informative show and moreover a good way to improve my english skills

You are very kind, I’m glad you enjoyed the show! Hope we can connect through Photography Unfiltered!