Letter to a Young Photographer…

Joe has been a mentor to me for many years starting back to the days we worked at Getty Images together in New York. Joe has had the sort of gigs bright-eyed photography students dream about - LIFE, N...
L
J

Joe has been a mentor to me for many years starting back to the days we worked at Getty Images together in New York. Joe has had the sort of gigs bright-eyed photography students dream about – LIFE, National Geographic, the list goes on.  Despite his enormous success, he has always been approachable, generous with his time, and very down to earth.  This moving letter of encouragement is a testament of his dedication to photography and education – newbies, take heed :) 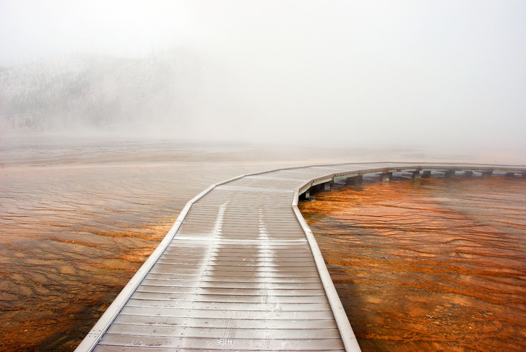 Lectured last week at the University of Missouri’s School of Journalism. In the photojournalism department, the students all had that traditional mix of energy, enthusiasm, angst, and doubt so typical of that time in your life when you’ve just picked up a camera and are looking at it, wondering where it will lead you. The usual mix of questions are ever present: Who do I work for? Can I make a living? Will I ever be any good at this? Will my pictures have impact?

Nowadays, that traditional line of questioning is accompanied by another significant set of queries. What is the future of all this? Will I shoot video or stills? Can I get a job where somebody pays me more than a nickel for my photos? Will there be any newspapers left in a few years? Should I also go to business school? How many pixels do I need? What the hell is going on and how am I going to fit in? When I left school, a traditional path for many J school grads was small paper to slightly bigger paper to mid-size daily to a big metro. It was a process. It had potential structure and pace.

Now, graduating into this field is like blasting into hyper space. The destination’s uncertain, and the road is a blur.

The raft of questions I fielded last week brought me back to a letter I received some years ago.

We met a few years back, I was, I guess, a runt high school kid with a camera. now, I guess I’m a lost science major, have no idea what I want to do with myself, and everyone just tells me to do what I like. I can’t justify transferring to what I regard as the large year round summer camp of arts school, but have no idea what to do with myself, now or in ten years. I know this is a little weird getting an email from someone who you might not even remember meeting years ago who, at 19 is going through a midlife crisis, but I appreciate any thoughts anyone might have other than the “follow your dreams” which doesn’t fit with my New York cynicism. I guess I was wondering, as I was told to wonder, and ask everyone I know (or “kinda sorta” know) who does something interesting for a living, how they wound up doing what they were doing? Anyway, it’s a heavy question with a ton of run on sentences.

Would really appreciate any input you may have on the matter……thanks….

Of course I remember you. I am sorry for not getting back sooner, but these last two months have vanished with road work and I did not want to just dash you off something superficial. Following your dreams is not a bad thing to do, but I am well aware of the practical limitations of such a plan. The world gets more and more restrictive in terms of a free-wheeling approach to life, and despite all the press given to those who strike it rich and play their own tune doing it, there are the much more prevalent stories of most of the rest of us who grapple day to day with exactly the same issues you are facing. A science major in the Ivy League is a pretty strenuous thing to do, I imagine. Art school would be a different atmosphere altogether. I don’t know what might be possible in terms of combining them, or finishing a degree (very important!) and then trying your hand at some art education.

The fact that you put your camera to your eye instead of running on 9/11 indicates something restless and perhaps unusual in your makeup, and as someone familiar with being regarded as unusual, I can tell you it is definitely a two-edged sword. The things you struggle with now you will struggle with your entire life. It is the essence of a creative soul, really, without being pompous and overblown about it.

Being lost isn’t the worst thing in the world, either, especially at 19. I hadn’t even discovered photography at 19, but nothing in particular concerned me about my aimlessness. Probably a lack of depth on my part, no doubt, but then it did leave me with room to move and the ability to imagine myself in different contexts. I do know that when I finally engaged in photography, it was like a black hole, an irresistible force that pulled me, my time, my energy and, without exaggeration, my every waking (and sleeping) moment. I had never known such a resonant thing. 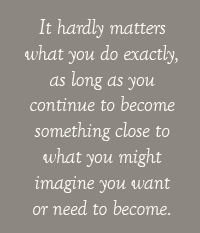 I do know I went abroad, and became the lab manager for the Syracuse London photo program and took 9 graduate credits. I left my lab duties in the hands of a fellow student (and my princely weekly pay check of 5 English pounds) and went to the Easternmost tip of England, a place called Lowestoft. There, I talked my way onto a fishing trawler (November in the North Sea, lovely indeed) and went off to to do a two-week jaunt, with the hope of making a photo essay along the lines of what I had seen my heroes like Gene Smith do. I remember the smell of tea late at night, and lurching through 40′ waves sitting in the wheelhouse, and the utter blackness of sea around, and thinking, yes, this and the like is what I am cut out to do.

I’ve been fortunate in that I have been able to act on and make a living out of some largely irresponsible urges. I have had a bit of a comic book of a life, I am still drawing the panels. I sense something like a change of scenery may be a good thing for you, if you can afford the time and effort to launch yourself in a different direction and in a different environment.

Don’t know if your science professors possess the capacity to excite and inspire, but I was blessed with a very good and inspirational photo professor who helped me at least realize something larger was always possible. Have you thought of chucking it for a while and going abroad, and trying your hand at some art education? Or trying your hand at anything that comes along? Or trying your hand at essentially nothing? I’m not suggesting something totally out of bounds or dangerous, but the search for something that propels you, draws you, and simply becomes that which you cannot help but do is in itself a worthwhile endeavor. And if and when the discovery of said treasure occur – eureka! I still love photography, and enjoy the simple act of being a photographer more now than when I first picked up my dad’s camera.

One thing my dad did tell me, and it has echoed in my ears for a long time. He was the quintessential corporate man, a salesman, and in his later years, he became disgusted with the ways of his world, and told me on numerous occasions, “hang out your own shingle.” Which is what I have done, and been happy to have done. The jalopy called McNally Photography has transmission trouble, a couple of flat tires, and not all the cylinders fire, but it still moves, and I drive it where I want to go. There is a great deal of value and satisfaction in that, as I look back. I’m still standing, and lots of others fell away or played it safe or never tried. The simultaneously wonderful and daunting thing is that there is so much still to do, so much ground to cover, and my best work is still out there, somewhere. I am still on safari here, the great picture hunt, as someone once called it.

I don’t know if any of this makes sense. You are just beginning to write your pages, and the thing to remember about this early rough draft is that it hardly matters what you do exactly, as long as you continue to become something close to what you might imagine you want or need to become. Being a bit slow and never prone to academic excellence and achievement, I really have had no choice over the years but to embrace Einstein’s thought. “Imagination is better than knowledge.”

Guess Who Snagged Me a Photo Show?

Quick Tip:Telling the Story of Life 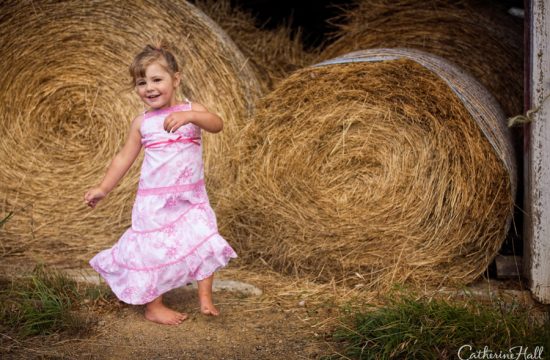 Quick Tip: Help’s Around The Corner

I’m 49, I’m still lost. Took the wrong path in my teens, and here I am with a mortgage I need to pay and nothing to sell to change my direction. But I keep on hoping, and I always will.

Imene, You are so right! Aaron, it is never too late to change courses. One of my favorite photographers (phil borges – http://www.philborges.com/ ) was a orthodontist until the age of 42. At this time he sold his practice and completely changed his life’s course. If you have the passion – it is meant to be followed!

I wish I had someone like Joe to talk to when I was 19. Still remembered asking my Father for advice on choosing a major in college. Photography’s been what I love, but just like Imene, I played safe and ended up with an Electrical Engineering degree.

Wish I could start over again …

“Imagination is better than knowledge.”

I love it, and that statement is so true. You can have all the knowledge in the world, but without imagination you’re no different than the person next to you. I believe we all have imagination, even if we don’t exercise it often.

I love that Joe actually took the time to respond. It is so hard to find your way. The only thing I would add is that it is ok to make mistakes and it is never too late to find your way.
I followed the safe route. I studied Applied Maths and have two graduate school diplomas one in statistics and the other in finance. But my true calling is photography, I am not sure if I am good at it or if I will be making a living out of it. All I know is that I can spend every waking hour practicing, reading and talking about it….I found my way when I was 35