A good portion of my clients are women – and as a photographer, I have found it helpful to figure out what makes each woman tick in order to reach out to your clients and take better photos with an au...
T
A

A good portion of my clients are women – and as a photographer, I have found it helpful to figure out what makes each woman tick in order to reach out to your clients and take better photos with an authentic connection. Michele Miller, founder and editor of Wonderbranding, a wonderful resource for marketing to women, has an interesting story to share about how understanding female generations could help your photography business. 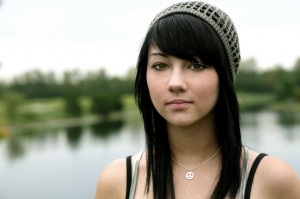 More than anything, I just wanted to get home.

Three hours earlier, I had wrapped up another two-day Wonderbranding workshop and was concentrating on the reward of a good night’s sleep in my own bed for a change.

Judging by the number of people waiting to board, I could tell it was a full flight. I took my window seat and was soon joined by an older woman, probably in her early 70s, on the aisle. Silver hair, huge gold hoop earrings, wearing jeans and a T-shirt that said “I Love Las Vegas.”

Shortly after that, a girl of about 15 squeezed into the middle seat. She was definitely an East Coast native — long dark hair, bold makeup… dressed in a black leather bomber jacket over a skirt that resembled a ballerina’s tutu, psychedelic tights, and combat boots. She sat down, stuck the earbuds from her iPod into her ears, and with a sullen look, stared straight ahead.

About halfway through the trip, the captain made one of his usual announcements about the weather. When he had finished, the girl removed the earbuds and turned to the older woman to ask what the captain had said. At first, I didn’t pay any attention, but I soon realized that the two were engaged in a highly animated conversation. I eavesdropped with fascination for the rest of the trip (I’m good at pretending to read business magazines), as they discussed everything from where they were headed, books they were reading, fashion, makeup, and politics to where the best skateboarding parks are located in San Diego.

I thought it was interesting that the young girl had turned to the older woman to talk to rather than me. After all, I am closer to the age of her mother, I mused. Then it hit me – that’s exactly why she turned to the grandmotherly figure. These two generations have many more things in common than most people realize. A woman from the Baby Boomer generation who could very well have marched for women’s lib and peace in Vietnam, and a girl of the Millennium, the generation increasingly concerned with how to make a difference and preserve the future of the world.

Experts like David Wolfe and Ken Dychtwald have been raising the flag of marketing to boomers for some time now and rightly so, as boomers hold the purchasing power of today and tomorrow. But how about thinking ahead?

What are some ways that you can appeal to the lifestyle and core values of Boomer women and, at the same time, resonate with those same core values within the younger generation? What a way to cultivate your customer of the future!

Don’t discount the teenage and college-aged women of today, and don’t be fooled by the language they use, the color of their hair, or the style of their dress. After all, it seems like only yesterday that society was up in arms over those damned hippies.

Stop thinking about marketing to women as a “universal” theory and screw those stereotypical categories like “Soccer Moms.” It ain’t that easy. But… if you start viewing female customers as individuals and members of a generation with shared values, you’re halfway there.

Glimpses of Hell and Torture